Abortions have been taking place from time immemorial- whether it was legal or not is a different matter. And even in the future, if it again becomes illegal, they’ll still continue to happen— without any medical aid. But as of now, having an abortion on your own is possible and also quite safe. There is no need to swallow toxic chemicals or deliberately fall down the stairs to end the pregnancy. Even though the ‘coat hanger’ is still sometimes used as a symbol of self-induced abortion, it is (thankfully) not used in practice anymore. It’s the pills that have now become synonymous with self-managed abortion. Let’s look at what it is and how it is done.

Self-induced Abortion Or Do Your Own Abortion

Self-induced abortion is when a pregnant woman performs the act of abortion by herself (or with some other non-medical person’s help). Some people choose to have a self-managed abortion because there is no clinic nearby, or because the in-clinic procedure is too expensive for them, or sometimes for privacy concerns. Whatever the reason, you must have a thorough knowledge of the procedure for self-abortion.

Though the term ‘self-induced abortion’ includes any and every method that can induce abortion outside the clinic, including the potentially harmful ones, we will look at the safer method that uses over-the-counter pills. Because of the involvement of medicines, it is called medical termination of pregnancy (MTP) and it can be administered during the 1st trimester (first 63 days) of pregnancy.

The MTP Kit ( abortion pill) essentially consists of 2 types of pills- 200 mg mifepristone or RU 486 pill and 400 mcg misoprostol or Cytotec pill(s) that can either be taken orally (kept under the tongue for 30 minutes) or inserted in the vagina. It’s their combination that helps in inducing abortion. Don’t confuse it with the ‘morning-after pill’ or Plan B, they’re preventive pills.

The mifepristone pill is to be taken orally – it will restrict or block progesterone (a hormone that maintains pregnancy). This results in the breaking down of the uterine wall and ends the pregnancy. About 24 to 48 hours after you’ve taken the 1st pill, you have to take the 2nd (misoprostol) pill. It will induce contractions in the uterus and force the aborted embryo to come out along with the uterine lining. It resembles a heavy period or an early miscarriage and is accompanied by moderate to severe cramps.

Although it usually takes four to five hours for the abortion to be completed, it may take even a day or two in some cases. Periods should be restored in a month or a month-and-a-half after the abortion.

However, there are a few things you should keep in mind before doing your own abortion using MTP Kit. You can have an ultra-sound done to know if you have any complications. Avoid this method if-

This method is known to be quite safe and effective having a success rate of 92-97%. Jennifer Hastings- the Editor-in-Chief of Wushy Mommy and a mother of two has helped over 800 families through their pregnancies (be it unwanted or unplanned) and accompanied them in their parenthood journeys. However, like every procedure, there is a possibility of certain complications.

Generally, women experience health issues like nausea, dizziness, diarrhea, and headache for a couple of weeks after abortion. But in case these symptoms persist, you should see a doctor. So, make sure you have easy access to a hospital after you’ve had an abortion so that if any complications arise, you can seek medical help. Remember, the effectiveness will be highest when the pills are taken in the early weeks of pregnancy.

5 states (Arizona, Delaware, Idaho, Oklahoma, and South Carolina) have criminalized self-abortion explicitly and many other states have some form of pregnancy protection laws in place. Though they’re meant to protect the mother and the baby from external harm, they are at times (rarely) used to criminalize self-induced abortion as well.

Also, though the Food and Drug Administration rules don’t permit the sale of MTP kits without prescription, many online and offline drug stores still sell them. Aside from these legal risks, the pills are an extremely safe way of having a self-induced abortion. Why Men Suffer from Erectile Dysfunction? 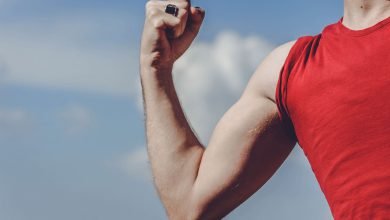 Why Fitness Challenge Ideas are Good for Your Health?

4 Best Reasons Why We Should Switch To Organic Food